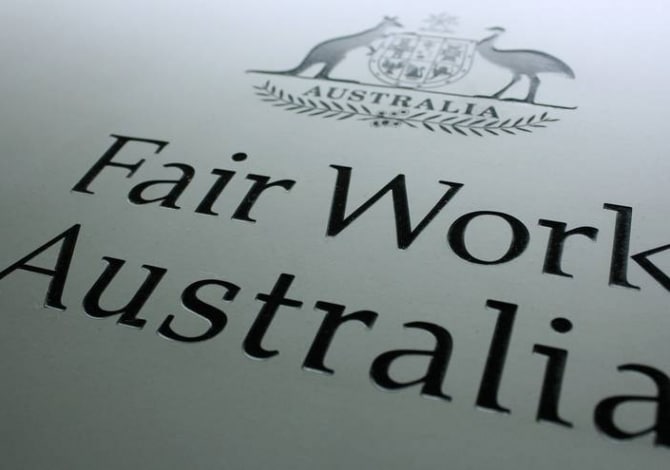 The Printing Industries Association of Australia has condemned this measly increase, saying that this is nothing more than a round of drinks for a pro-employee lawyer or union to fund whereas employers have to expend considerably more money to defend themselves at the Commission.

The PIAA has long been advocating for an increase of this filing fee of at least $1,000 to give employees, pro-employee lawyers and the unions “skin in the game”.

“Not only is this two days where a Director or senior employee is on company time getting paid for nothing, they are also not making any money either. It is a double whammy,” says Mitchell.

The Printing Industries Association of Australia, in conjunction with the Australian Chamber of Commerce and Industry, have for a few years now taken the view that this amount should be considerably raised to balance out the risk and cost employers have to undertake to defend themselves.

“Regrettably this is why over 80% of unfair dismissals settle,” says Mitchell. “Employers weigh up the cost of fighting a matter and it is often a commercial decision to settle. I have seen many cases where the merits of a dispute have been skewed so far in favour of an employer, yet they make a commercial decision to settle due to the time it’s taking to fight the matter. This includes the preparation of evidence, statements, attendances at hearings, telephone calls, emails, the list goes on and on.

This is not justice; this is a tragedy. It is indictment on the Australian industrial relations system. The Fair Work Commission on Unfair Dismissal Applications is unfair to employers.”

The Printing Industries’ solution is simple. Let the unions and the pro-employee lawyers pay. If the claim is genuine, they will find the money. If it is vexatious, they will not pay. Having employees or their representatives cough up some money from the outset is a sure way to sort the chaff from the wheat; the genuine claims from the non-genuine ones.

It is not acceptable to have as a cost of doing business in this country gratuitous termination payments over and above what is outlined in the National Employment Standards.

As always, we encourage printing industries members to get in touch with us should they have any concerns about terminating employees. Contacting PIAA prior to termination is always a wise move to minimise costs down the track.